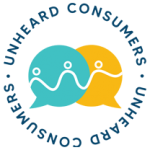 When ageing people battle the dragon of loneliness with computer games, social media and the internet: a story of distant hope

Battling dragons on league of legends isn’t usually what comes to mind when we think of our ageing selves. But the world is changing, and with Covid-19 rampant, researchers are starting to ask interesting questions, such as: could games alleviate loneliness? Or what about social media or the internet? It turns out the answer isn’t simple – and while these offer some hope, it is a nuanced and distant hope.

Loneliness is when one desires more social interaction than they currently have [1]. The world health organization suggests that currently more than one in three older people feel lonely, and this is having serious effects on peoples’ physical and mental health, quality of life and longevity [2].  Covid-19 has only amplified this challenge, and journalist Melody Warnick suggests that ‘Even after COVID-19 is controlled, loneliness will be the shadow pandemic that remains’ [3]. Researchers are grappling with this question and suggest that technology may be helpful in reducing loneliness amongst ageing people.

Of course, some might say that that social media is more suited to older people compared to digital gaming. With that in mind, we looked to Casanova et al. (2021)[5] who in their article ‘New Older Users’ Attitudes Toward Social Networking Sites and Loneliness: The Case of the Oldest-Old Residents in a Small Italian City’ explored how social media can reduce loneliness. They found that there are many barriers to using social media in the first place, such as technical difficulties or privacy concerns. However, when an older person got past these barriers and used social media, they were positive about the experience and its ability to reduce loneliness. Not only did it provide a way for them to connect with family and friends, but it also provided enjoyment. As one participant noted ‘the percentage of people who cheer up thanks to social media networks is high, especially if you are alone’. The authors however also note that there was pushback by those that didn’t want to try it, and suggest while social media can provide benefits, training was needed. Likewise, more older people were using WhatsApp compared to Facebook, again suggesting that if older people are to engage in the online social media space, we need products which suit them, and are developed for them.

Silva et al. (2020)[1] in their article ‘Can the internet reduce the loneliness of 50+ living alone?’ take an even further step back, and simply explore the internet as a whole, and its impact on loneliness. Their results are perhaps the most positive of all. As part of a project which surveyed 64,297 people in various European countries, they show that older people with internet access are less lonely in general compared to those that don’t have internet access.

While computer gaming might not be the magic pill, the digital world on the other hand certainly does offer potential for alleviating loneliness amongst older people. The articles reviewed here show clearly that the digital world can reduce loneliness for older people, and it is. Though, they also show that we need products and services which meet the needs of older people. Perhaps if governments, aged care providers, brands and families can work together to enable older people to become more digitally empowered, and likewise support brands to develop products suited to older people, we might just be one step closer to loneliness being a distance memory.

Brian ‘t Hart holds a PhD in Marketing from Curtin University, Australia. He also holds a Bachelor of Commerce in Marketing and a first-class honors in Marketing from Curtin University. He currently works as an Assistant Professor of Marketing at Trinity Western University in Canada, BC. His research interests include advertising, branding, technology adoption and ageing consumers. Brian is most passionate about working together with organizations, and supporting an ecosystem of people centered innovation, particularly within the ageing consumer sector.
All Posts » 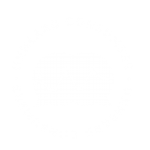